You are not alone if your teen is suffering from drug abuse, and you’re not alone if you want to seek treatment. Many parents and guardians wonder if their child has an addiction, but the real question is how many teens abuse drugs in the U.S. Well in 2015, 23.6% of U.S. twelfth graders admitted to abusing illegal drugs in the previous month, according to the University of Michigan’s Monitoring the Future study. The same study noted that 35.3% of twelfth graders had tried alcohol in the previous month.

These statistics show just how common teen drug abuse is our country. Teen substance abuse, or addiction, is also common. Teen drug rehab can help teens and their families recover.

Why Do Teenagers Abuse Drugs: The Truth About Youth Addiction

“Everybody’s doing it!” We’ve all heard that one, right? Peer pressure among teens can be strong. It is one factor that can lead to teen drug addiction. But it is not the only factor.

Other reasons teens might become addicted to drugs include:

To determine if teenagers are using drugs, parents should look for changes in teen appearance and behaviors.

While some might argue that some of these symptoms are normal parts of being teenagers, parents and guardians know their teens best. If they suspect that their teens use substances, they should talk with them. 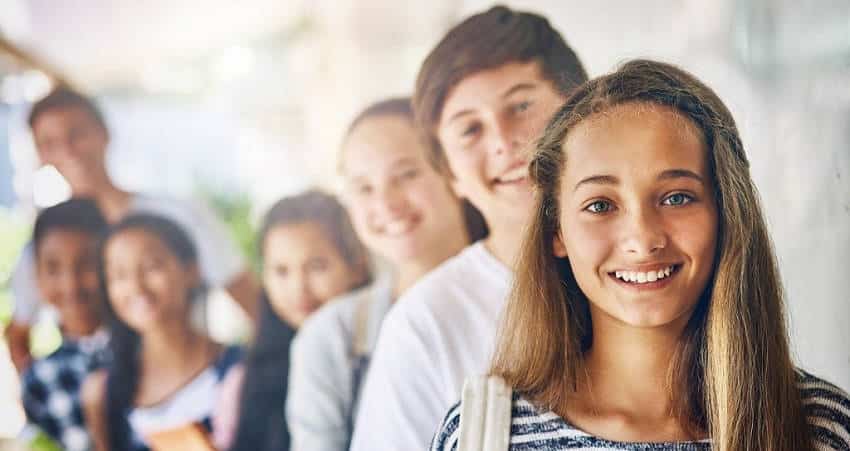 Are you or your loved suffering from addiction?

Now is the time to seek help. Call us today.

How to Talk about Drug Addiction with Young People

Let’s be honest, talking to teens about their addiction illicit or prescription drugs is not easy. Teens may deny they have problems, or even lie about them. To make these talks easier, the Partnership for Drug-Free Kids has a few suggestions.

The organization suggests that people practice the talk beforehand. Parents and guardians can rehearse the conversations to anticipate teenager reactions and to develop answers to possible objections. The Partnership for Drug-Free Kids also suggests that parents and guardians ask teens about what the teen’s peers are doing. Some teens are more willing to talk about others instead of themselves, and knowing about teen peers might shine a light on the teen’s own behavior.

Finally, the tone of the conversation is important. Parents and guardians should tell teens that they are asking about drugs because they care about them and want what is best.

According to the 2015 Monitoring the Future survey, teens abuse alcohol and tobacco. Unfortunately, teens also abuse other substances:

Unfortunately, there are many possible dangers due to teen drug addiction. Teens who are addicted to drugs might face problems with

Addiction can damage a teen’s future. It can also prevent him or her from having a future entirely, since teen drug addiction can be deadly.

Since teens use drugs in different ways, their drug rehab experiences are also different.

Some possible treatments at our drug rehab center include

With the current COVID-19 outbreak, many questions surrounding the virus arise. The safety of our staff and patients is the top priority across all of our centers. We have taken the necessary precautions to minimize the risk of exposure and transmission of the Coronavirus to those in our treatment programs, allowing them to focus on their recovery.

We are here to answer your questions and alleviate any concerns. Call us at 949-276-2886. Do not allow COVID-19 to stop you from seeking the care you need.

About Us Our Staff Onsite Detox

Look what Monarch Shores Recovery has to Offer You